What to Expect in Bear Markets 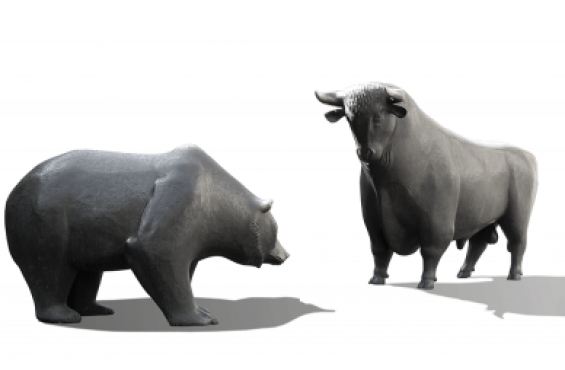 Stock markets have been on a downward trend for most of this year, and the S&P 500 officially entered into bear market territory (a decline of -20%) on June 13, 2022.

Other indexes, like the technology-focused Nasdaq 100 and the small-cap Russell 2000 indexes were already in a bear market.

Investors often assume that bear markets and recessions go hand-in-hand, but that's not always the case. So far, the economy is not in a recession, but recession fears are rising.

The S&P 500 has historically suffered a bear market decline about every three to five years on average, so investors will likely experience multiple bear markets while they're working toward their financial goals.

When investors think about bear markets, their minds probably jump to the most recent one: the March 2020 Covid crash. But that wasn't a typical bear market: it was the fastest -20% plunge with stocks hitting bottom in just 33 days and then rocketing back up (in what some call a V-shaped recovery). Most bear markets unfold differently, as we’ve seen in our decades of wealth management.

1. Bear markets can last longer than you might expect (but they do end)

Bull markets have historically lasted much longer than bear markets, but downturns typically unfold over many months (even years.)

On average, the S&P 500 has taken about 300 days to hit bottom. The Covid crash was the shortest bear on record, while the 2000-2002 tech bust, which lasted an agonizing 30 months, was the longest bear market since World War II.

But all bear markets end eventually, and they often end abruptly and unexpectedly.

2. Expect discouraging news during down markets

The media disproportionately focuses on market declines, and the grim news we see today is typically in down markets. There’s no shortage of bad news during bear markets. This can make it seem as if markets will never turn around, but history shows that stocks are up far more often than they’re down, and markets can (and have) improved long before the news.

Stocks rallied off the lows in March 2020 even as the Covid pandemic was still shutting down economies around the world. Stocks also rebounded from the 2007-2009 bear market even though housing prices were still falling, unemployment was high, and the economy remained in a recession.

It’s not a relentless march to the bottom. There’s often strong up days for stocks within a bear market, and stocks have rallied over a few days or even months during bear market cycles. Stocks jumped 10% in October 2008, for example, but didn’t hit bottom until March 2009.

4. Some investments will do better than others

In bear markets, some areas of the market usually do better than others as we’ve seen this year so far as value and dividend stocks have lost less than growth and technology stocks. (One exception was the 2007-2009 global financial crisis, which took down all stocks.)

However, what works in one bear market usually doesn’t work in another. In the 2020 bear market, technology funds held up better than the S&P 500, while dividend-paying stock funds lost more than the market. This year, tech has sold off steeply, and dividend funds have done remarkably well.

Stocks have recovered from every bear market on record, often with a quick rebound that is very difficult to predict. That’s why long-term investors are usually better off staying the course and not pulling money out of the market. In fact, bear markets can be terrific buying opportunities.

Bespoke found that after the S&P 500 crosses into bear market territory, its returns over the next year tend to be above average.

There’s no magic formula for navigating bear markets, but what we’ve found works best is to  make sure you have a solid investment plan that’s aligned with your risk needs and time horizon as well as the fortitude to stick with it. It can be challenging to stay disciplined in markets like this, and that’s why many people hire advisers to guide them through it.

For longtime advisers like us, this is familiar territory. We’ve been here before, helping clients stay on track through tumultuous markets.
If you’re not confident about your investment plans, then click here and set up a time to talk with a FundX adviser. There’s no obligation and it could give you a little additional peace of mind.