­How to Play the Small-Cap Trend 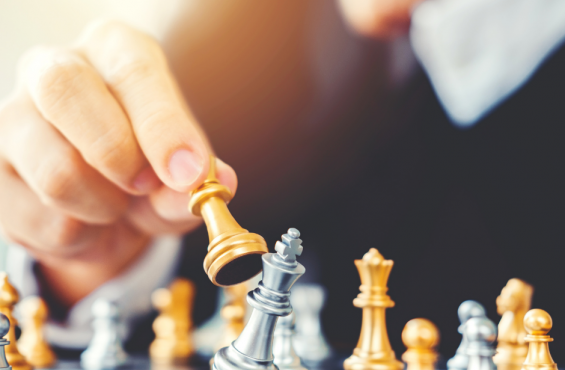 In the first weeks of 2021, the divergence between the Russell and the S&P 500 was “the largest such gap between the two indexes through Feb. 19 since 2000, according to Dow Jones Market Data,” the Wall Street Journal reported. And it has continued.

Smaller stocks have historically led after recessions, which could bode well for small caps if the economy continues to strengthen this year, and the new stimulus bill is expected to boost spending.

So how can you participate in this new trend? FundX has been capitalizing on market cycles like this for decades, and here’s six things you should know. These tips can help you tap into the small-cap rotation in a way that helps you mitigate risk and own funds and ETFs that are well positioned in the current market environment.

Smaller companies tend to be more volatile than larger more established companies, and they’re often more sensitive to market shocks. During last year’s first quarter bear market, for instance, the small-cap Russell 2000 lost -30%, while the large-cap S&P 500 was down -19%. When markets pulled back in the first week of March, small caps lost about 1% while the S&P 500 lost 0.5%.

Changing interest rates also pose a risk, and growth stocks may be particularly susceptible. As rates rose sharply in February, “the increase in yields was especially bad for small cap growth stocks, with the Russell 2000 growth index falling about 2% during the week, while its value counterpart barely budged. That’s no surprise: Growth-stock valuations are more sensitive to changes in interest rates,” Barron’s noted.

2. Invest at your risk level

If you’re willing to withstand above-average risk, then small-cap funds and ETFs may be a good for your portfolio. Two small-cap funds that have done well recently are Carillion Scout Small Cap (UMBHX) and iShares Russell 2000 ETF (IWM).

If you’re looking to take market-level risk, you can still participate in the small-cap trend. Some leading mid-cap funds offer diversified exposure to small-caps Carillon Scout Mid Cap (UMBMX) and Ariel (ARGFX), are two mid-cap funds that have about 20-35% invested in small-caps, respectively, according to Morningstar. Royce Penn Mutual (RYPFX) is a small-cap fund that has historically been less volatile than others.

Major market trends typically last for years, but there have been exceptions. Small caps trounced large caps in 2016, for instance, and then large-caps led for the next three years straight. This is why we suggest buying into new leading areas gradually as a trend is confirmed over time.

We started to reduce our allocation to large-cap stocks at the end of 2020 and that process has continued in 2021.

Not every small-cap fund is in favor now, so choose carefully. iShares EAFE Small Cap (SCZ) might seem like a great investment right now. Morningstar gives it four stars, and the ETF also has gained in recent months: it’s up 10% for the months ending February 28, 2021, and nearly 20% over the last six months. But a close look shows that other funds are doing much better. iShares Core S&P Small Cap (IJR), for example, is up more than twice as much for the three months (24%) and six months (43%).

William Blair Small Mid Cap Growth (WSMNX) is another four-star small-cap fund that just isn’t having the same success as other funds with similar risk. It’s up 25% for the last six months, while Carillon Scout Small Cap (UMBHX) is up 41%.

5. Pay attention to other funds

The recent shift from large to small caps has coincided with a resurgence of value and even foreign stocks, which is similar to what happened during the 2000-2004 small-cap cycle, and it’s consistent with that we’re seeing in this market as well.

If you limit yourself to only small-cap funds, you could miss out on other important investment opportunities.

6. Have an exit strategy

Market trends don’t last forever; eventually, even the most dominant trends give way to something new. Some trends last many years, even decades, while others are more short-lived. So if you’re buying small-caps right now, like we are, then you should make sure that you know what you’ll do when the trend changes. When a trend goes out of favor, it can stay out of favor for years.

FundX’s long term investment approach has a good track record of navigating market trends, and it has a built-in sell strategy. It leads us to invest in funds and ETFs that are in favor now and sell these funds when the trend changes. This approach helps us capitalize on current opportunities and avoid owning lagging funds too long.

For now, small caps have earned a place in the portfolios we manage for our private clients and our family of mutual funds, but we’re monitoring these positions closely and when markets move on, we’ll move on, too.

The information and opinions cited here are subject to change. Specific securities or investment products discussed in this article may be held by current FundX clients. See terms of use for further disclosures.