3 Tips for Investing in an Election Year 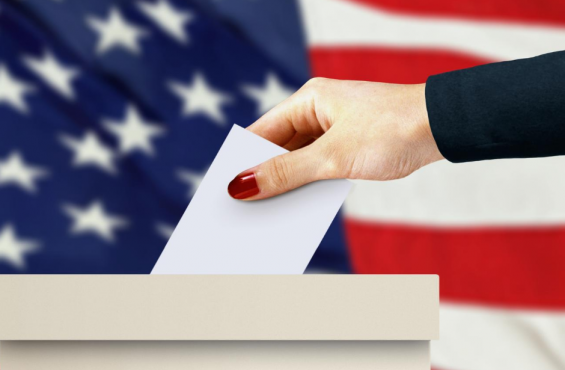 “I’m worried about the election,” an investor told us recently. “Should I take some money off the table?”

He was a longtime investor, so he’d been through many elections before, but everything was so different this year.

Will the 2020 election derail the stock market’s rebound?

Given all the changes in 2020, should investors change their portfolios before the election?

Presidential election years can bring up a lot of fear and uncertainty, and that can make you feel like you need to take action. But what’s the right response? How do you invest before elections?

In our 50 year history, we’ve invested through many elections, and we’ve found that it helps to know how elections typically affect the stock markets, why elections can lead to investment mistakes, and what you can do now to stay on track.

How will the election affect the stock market?

The 2020 presidential election is happening amidst an already wildly unpredictable year, so it’s no wonder that many investors worry that it could derail the market’s rebound. But history shows that elections typically don’t have as much of an impact on the stock market as many investors expect.

“The economy—and therefore the market—is simply bigger than the direction the political winds are blowing,” Fidelity concluded after looking back at election cycles and stock markets back to 1789 (splicing together stock market returns).

Invesco found that “over the past 120 years, the long-term performance of the market has shown almost no correlation with government policies.”

Jeremy Siegel, a well-known market historian and Wharton professor, studied this in his classic 1994 book, Stocks for the Long Run. He found that “the market almost always declines in reaction to sudden, unexpected changes related to the presidency . . . sell-offs such as these provide good opportunities for investors to step up and buy stocks because the market usually reverses itself quickly following the change in leadership.”

Siegel confirmed this in July 2020 in Forbes: “Bull markets and bear markets come and go, and it’s more to do with business cycles than presidents.”

Why elections can cause investment mistakes

While a change in the presidency may not dramatically change the markets, it can have a serious impact on investors, and that can lead to investment mistakes.

Here are three practical tips to help you make better investment decisions during a presidential election cycle and avoid common pitfalls that can hurt your future results.

3 tips for investing before elections

1. Focus on the most likely outcome, not the worst case scenario

Election years can trigger probability neglect, a powerful cognitive bias that causes us to concentrate on the worst-case scenario rather than the most likely outcome. This bias makes us feel like we are protecting ourselves from potential dangers ahead, but focusing on our biggest fears can lead to mistakes.

The last two changes to the presidency are a good case study: In 2008 when Obama was elected, some investors wanted to sell all of their stocks because they feared that markets would fall under a Democratic President (and stocks were falling in late 2008). But 2009 turned out to be the start of the longest bull market in history.

Similarly, in 2016, some investors sold their stocks because they believed stocks would crash when Trump was President, but investors who stayed in cash for the last four years missed out on gains.

A 2017 study in the Journal of Financial Markets found that “investors become more optimistic when their affiliated political party is in power and accordingly increase their allocations to risky assets,” Mark Hulbert reported in Marketwatch.

Regardless of who wins the election in November, it’s unlikely that a new administration will radically change the US economy or completely devalue the dollar. Even candidates that campaign on dramatic changes aren’t usually able to fulfill their promises.

The more likely outcome is the election will have a minor impact on market performance. “Less than one quarter [of major market movements] can be associated with a news event of major political or economic import,” Jeremy Siegel wrote in Stocks for the Long Run. In other words, what matters in the market often isn’t what you’re hearing on the news.

2. Focus on what you know now rather than trying to predict the future

In times of uncertainty, it can be reassuring to think about what you know. You know that you likely have time on your side: you’re probably invested in order to reach a goal that is farther away than the election or a presidential term. Even in retirement, you won’t need all of your money right away.

Ideally, you also have a plan that includes an allocation that can help insulate you in up and down markets, and a long-term investment strategy that can help you know what to do when markets change.

You also know this: there’s no way to predict the future, and so in order to build wealth, you have to find a way to make your money grow over time with the understanding that it won’t be perfect. There will be times when you’ll have to hold your nose. In hindsight, those times when you had to hold your nose have turned out to be the best times to invest. Conversely, the least successful times to invest are often when it looks like the coast is clear.

Over the long term, investors have done far better by staying invested through changes in the presidency rather than investing only when their preferred party was in power, as this chart from Invesco shows. 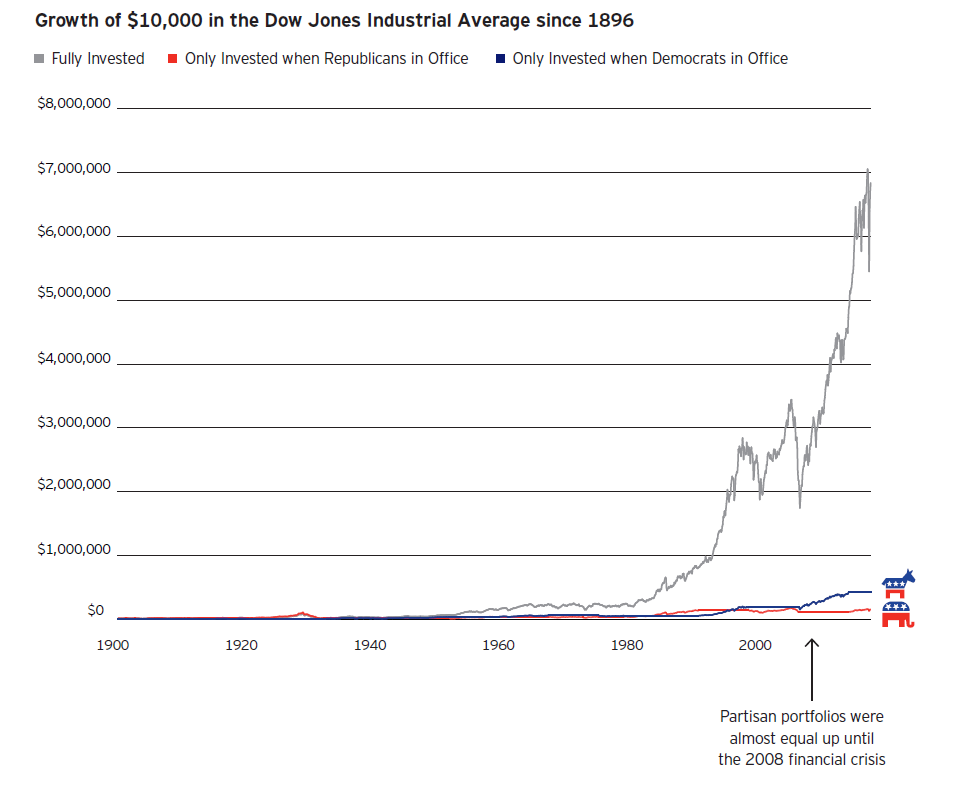 3. Try to avoid making extreme changes to your investments

If you feel you need to do something with your investments before elections, then try to make small changes rather than extreme moves all in or out of stocks.

If you decide to sell some of your stock allocation, then try to limit it to a small part of your portfolio. This means you could miss out on gains, and that if the market moves higher, you won’t fully participate. But if it helps you avoid selling out of stocks entirely later on, then it’s a move worth making.

If you make a change now, make sure you have a plan for how and when you’ll get fully invested again. Try not to let current worries about the election make long-term changes to your investment management approach.

What’s your plan for this election cycle?

FundX advisors have been helping people adapt to changing markets and stay on track through election cycles for more than 50 years. If you’re looking for an advisor who can help you manage your investments and your emotions in these uncertain times, click here and let’s set up a time to talk.